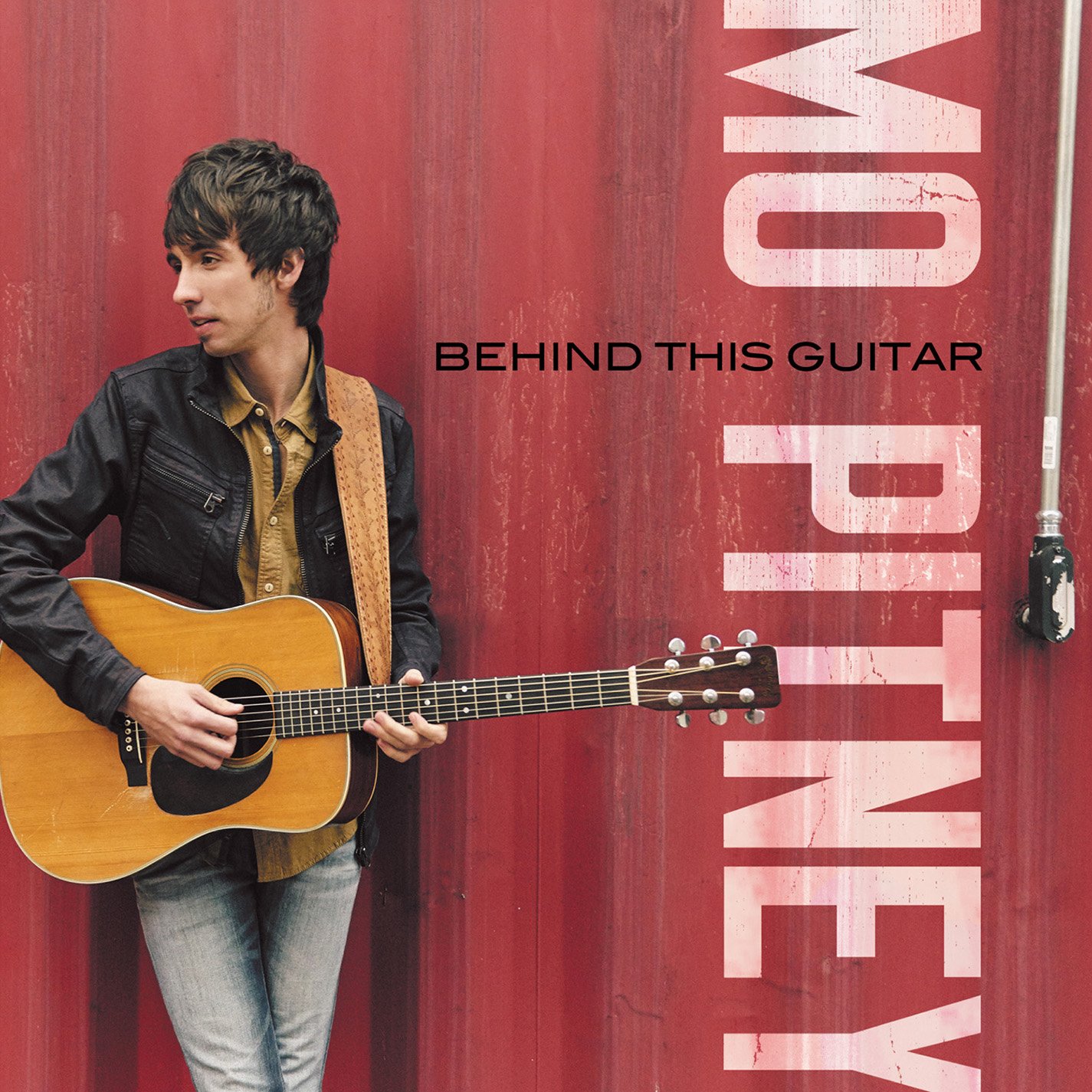 The fact that this album was released in October is fitting, because if someone decided to go into the lab and build the perfect country music singer Frankenstein-style, the result would look and sound a lot like Mo Pitney.

Pitney’s approach to music stardom up to this point has been slightly unorthodox—in fact, one could almost call his strategy Trump-esque. By sticking to a 90s-era neotraditional sound and doing frequent appearances on the Grand Ol’ Opry and TV shows like Country’s Family Reunion (Trigger at SCM labeled it “the RFD-TV scene”), Pitney has cultivated a hardcore fanbase among older country music fans. However, said approach has failed to broaden Pitney’s appeal to mainstream country fans (call them “swing listeners,” if you will), and his chart performance has been dismal as a result: None of Pitney’s singles released to date have cracked the top 30. Despite this, Curb records finally relented and released Pitney’s debut album Behind This Guitar, perhaps hoping that the current swing back towards more traditional sounds in country music would work in their favor.

First, the bad news: After listening to the album, I can’t put my finger on any singles from Behind This Guitar that might draw in casual country fans and reverse Pitney’s chart fortunes. It’s a crying shame, because the good news is that this album makes a compelling argument for Pitney being one of the most-talented artists to hit Nashville in quite some time.

Vocally, Pitney sounds like a cross between Keith Whitley and Joe Nichols,  and features both a smooth delivery and enough charisma to sell a hot plate to Satan. Pitney’s voice allows him to take material that would come off as cheesy and cliche in the hands of a lesser artist, and instead invokes a raw emotional response from the listener. Case in point: I’m a cat person that generally despises dogs, and I’ll be darned if “It’s Just A Dog” almost brought tears to my eyes.

I would argue, however, that Pitney’s greatest strength is his songwriting ability—in fact, I would go so far as to compare Pitney to “The Storyteller” Tom T. Hall himself, one of the genre’s all-time greatest writers. Both men share a knack for capturing details and vignettes of everyday life that other writers would never think about including in a song. From getting kidded by an ex for his cereal choice in “Cleanup in Aisle Five” to the vivid description of an accident scene in “Love Her Like I’d Lost Her” to asking a girl to come plant trees with him as part of his marriage proposal in “Come Do A Little Life,” the way Pitney (who co-wrote ten of the twelve songs on this album) weaves little details like these into a coherent narrative is simply remarkable. Heck, he even turned a short backstage encounter with Merle Haggard into an entire song (a very Hall-sian thing to do).

The album loses some steam when songs drift away from the details in favor of broader themes, like the overdone you’ll-always-be-with-me-on-my-journey trope in “Everywhere,” and the call to put yourself out there and ask someone out in “Take The Chance”. Pitney’s attention to detail is what makes him stand out from other singers, and vague, generic songs like the above two cause him to lose his identity and make him sound like ‘just another country singer.’ These moments, thankfully, are few and far between.

The production is exactly what you would expect from someone with Pitney’s background, and then some. The fiddles, steel guitar, and smorgasbord of acoustic elements I saw coming, but what surprised me was the degree that this album pushed these to the forefront of the mix. Electric guitars are more muted than most other country albums, and only come to the front when the album wishes to push the pace, which isn’t often. In fact, aside from the uptempo “When I’m With You,” the album maintains a surprisingly slow-and-steady pace throughout the entire disc. Unlike, say, Thomas Rhett’s Tangled Up, this album is meant to move you emotionally, not physically, a wise decision given that it pushes the strong songwriting to the forefront. I do wonder, however, if such a move will turn off fans that crave more energy in their music.

Overall, Behind This Guitar is a strong debut for one of the most traditional-leaning artists out there. Pitney’s vocal delivery and exceptional songwriting are a potent combination, and while I’m not terribly optimistic that this album will make much noise on the charts or win over fans of contemporary country music, missing out on this disc will be their loss.

One thought on “Album Review: Mo Pitney, “Behind This Guitar””