Over three months into its run, Splatoon 2 remains a fresh and popular title even in the face of strong competition (*cough* Super Mario Odyssey *cough*). Part of this has been the game’s strategy of releasing weekly content updates, which introduce “new” weapons and multiplayer stages and keep the game from becoming stale. For the most part, however, “new” has meant “old stuff from the original game,” as many of the added weapons and a few of the new stages (Kelp Dome, Blackbelly Skatepark, etc.) are moved over to Splatoon 2 with minimal changes.

At this point, I’m assuming that every weapon from Splatoon will eventually end up in Splatoon 2 (I’m still waiting for my N-Zap ’89), but whether or not all the old maps return is another question. So far, the maps here tend to share some distinct characteristics:

*This was my attempt to measure the ease of spawn camping on a map, but its actual usefulness is questionable.

Based on this criteria, can we make any inferences about what other original maps might return in the future? Let’s take a look at the stages that have not yet made it into Splatoon 2, and see how they stack up against their newer brethren: 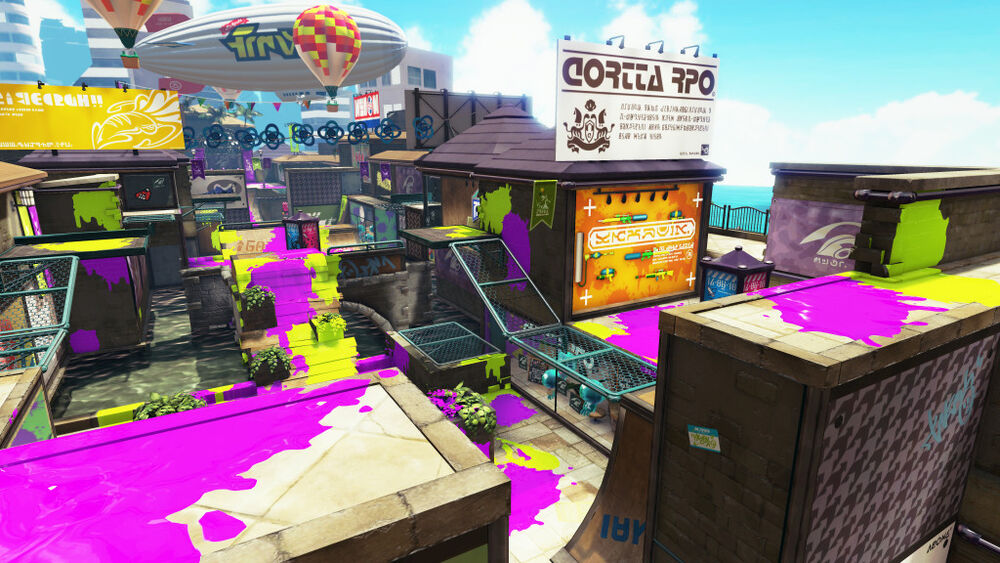 The adoption of smaller maps like Port Mackerel bodes well for the return of Arowana. It’s a difficult map to spawn camp on given the presence of a side path that leads directly to the map center, and the terrain has plenty of interesting nooks and crannies to explore. I think it gets expanded with minimal rework (more than Kelp Dome, but less than Blackbelly Skatepark) and re-released in the near future. 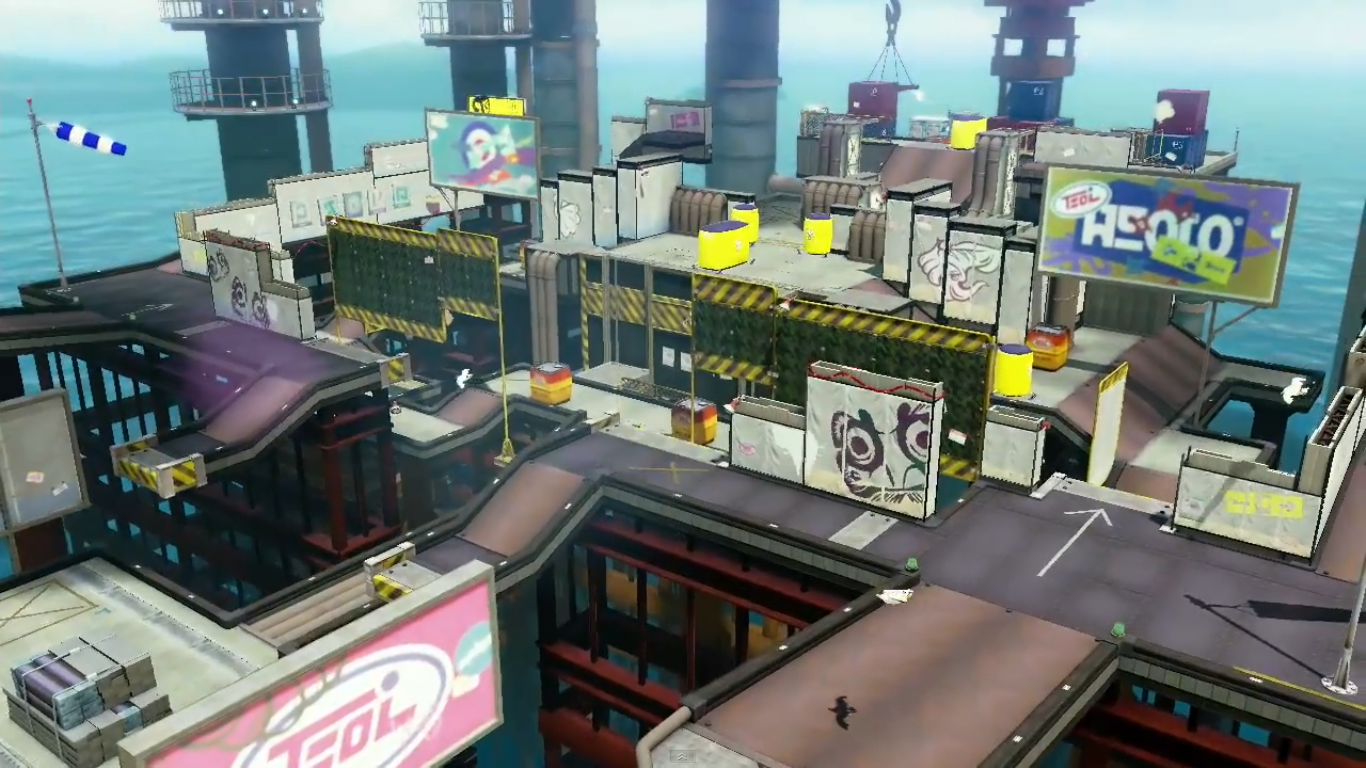 SaltSpray stands out from other Splatoon maps because of its symmetry (vertical rather than horizontal), its offset center with an obvious chokepoint, and its lack of inkable terrain on the bottom side of the map. Its crane also gives it a dynamic component (which admittedly wasn’t that useful), which is not something you see from most new maps (and none of the returning ones thus far). I just don’t think this map suits the playstyle Nintendo is looking for in Splatoon 2. 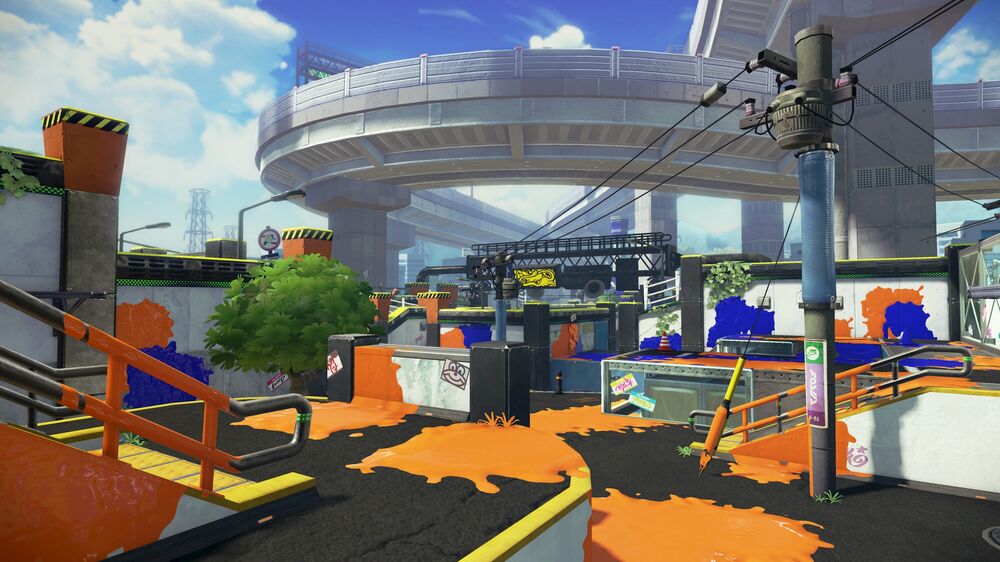 After all the work that went into Urchin Underpass, I’d be surprised if this didn’t reappear in Splatoon 2. It’s not an easy map to camp on despite its lack of direct paths from spawn, and the center is fairly open with plenty of verticality to take advantage of. Just like Arowana, I think it gets widened a little bit and otherwise left alone. 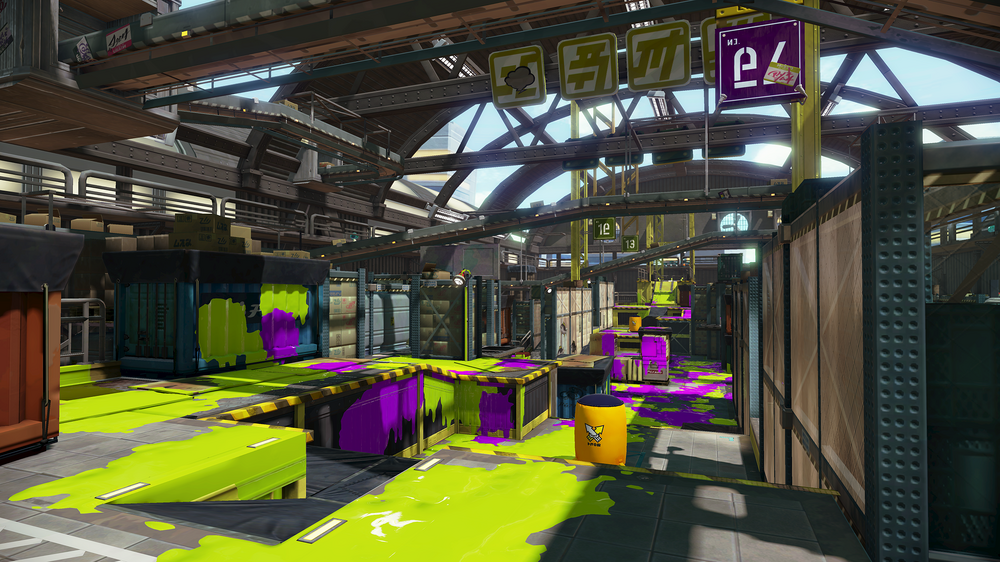 Looking back, it’s kind of crazy to realize how boring Walleye Warehouse really was. The spawn points are set fairly deep in a passageway that makes spawn camping a major concern, and the center area is mostly flat and uninteresting (it’s basically a less-exciting version of Inkblot Art Academy or Blackbelly Skatepark). I don’t think this one come back. 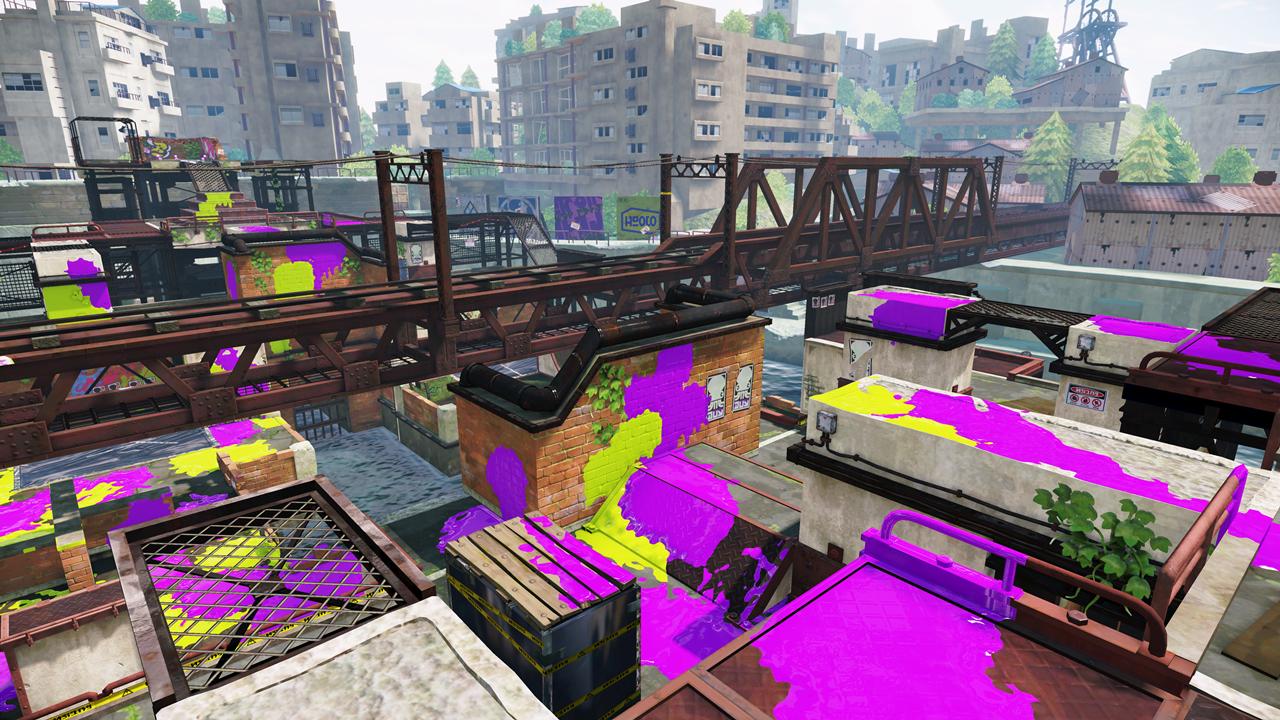 One interesting trend in Splatoon 2 is the lack of split-center maps that force players to work their way around a specific side of the map to reach the enemy (Snapper Canal is about as close as Splatoon 2 comes, and it’s not that close at all). Throw in Bluefin’s diminutive size and lack of interesting center features, and I don’t think it’s a great candidate to return. 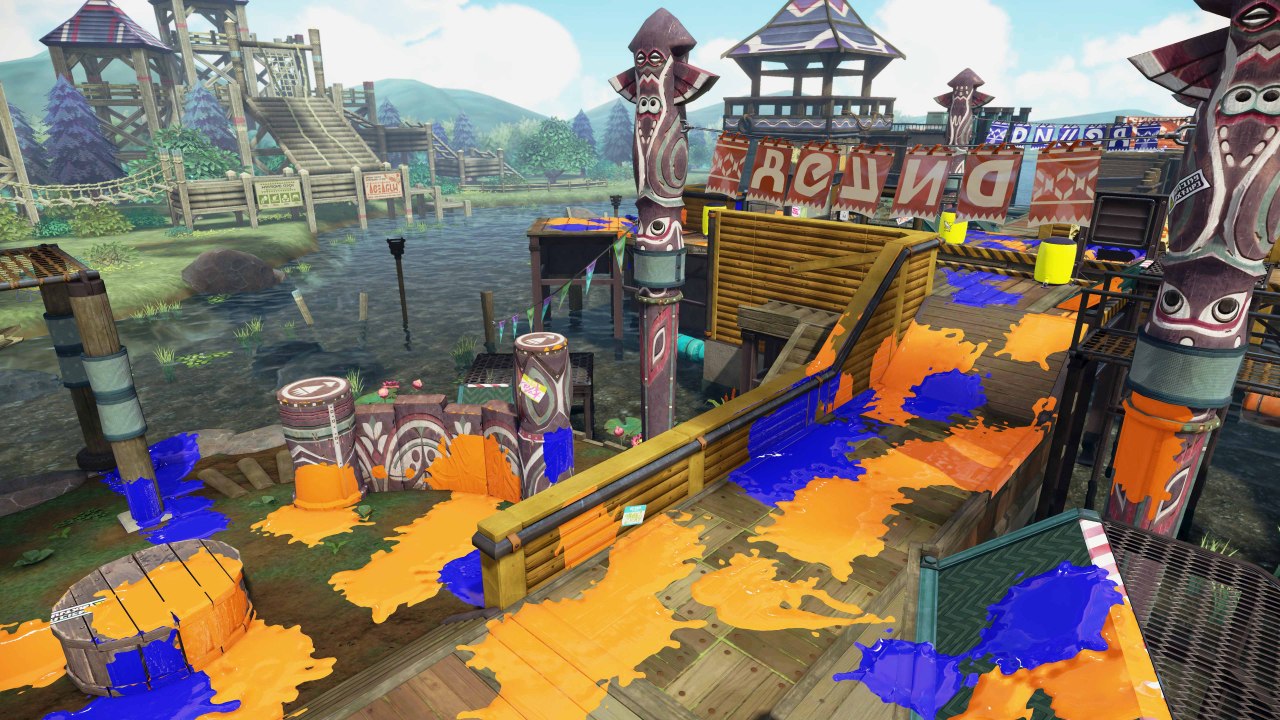 Camp Triggerfish is basically a more-extreme version of Bluefin Depot: The entire map is divided in half (with limited opportunities to cross the gap), the center is pretty small with little turf to ink, and the design is narrow despite the map’s decent size. Throw it the dynamic gates, and this looks like a no-go to me. 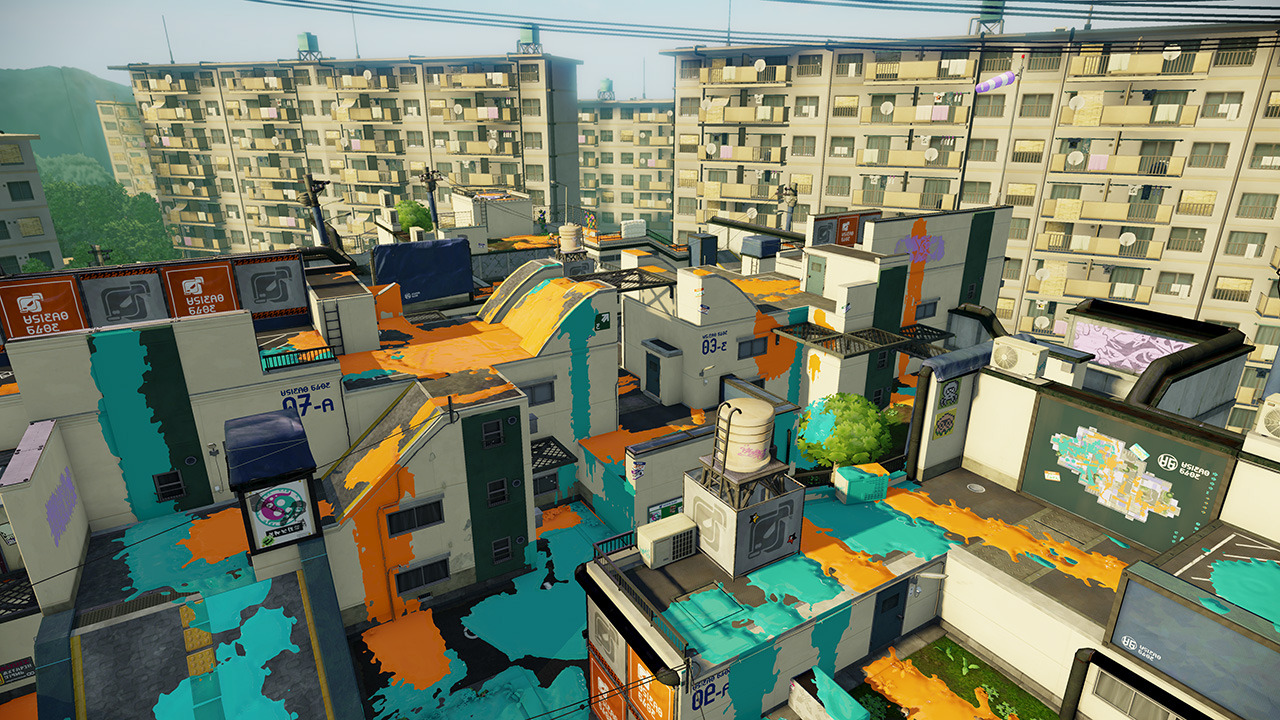 Flounder Heights feels like a perfect map to bring back from Splatoon. It’s large, it’s got lots of different vantage points and places to explore, and it’s pretty darn hard to spawn camp on. The center might need to be expanded a smidge to allow for more action there, but I think this would be a great map for Splatoon 2. 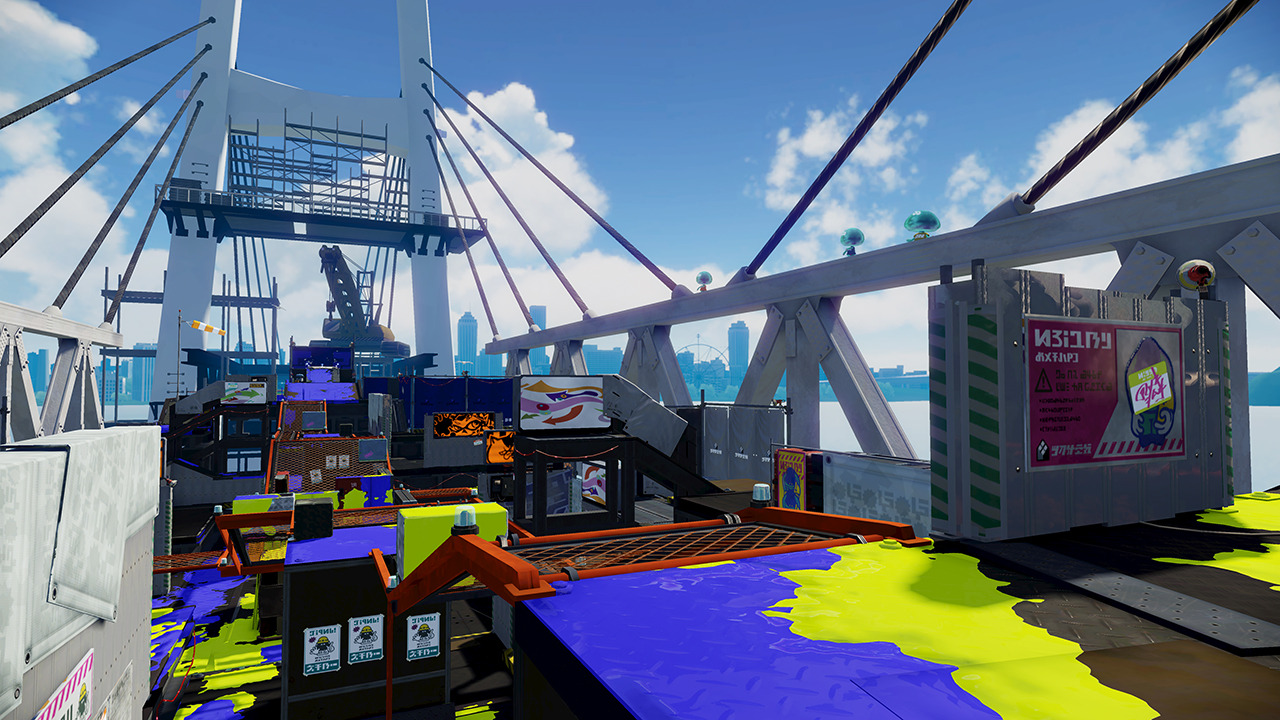 Forget the map details for a moment: It’s been two years since Splatoon, so shouldn’t this stupid bridge be finished by now? The spawn point is set too far from the map’s branching paths (making spawn camping a concern), the center is not open or conducive to massive battles, and its size is due to its length more than its width. I never liked this map, and with any luck I’ll never have to deal with it again. 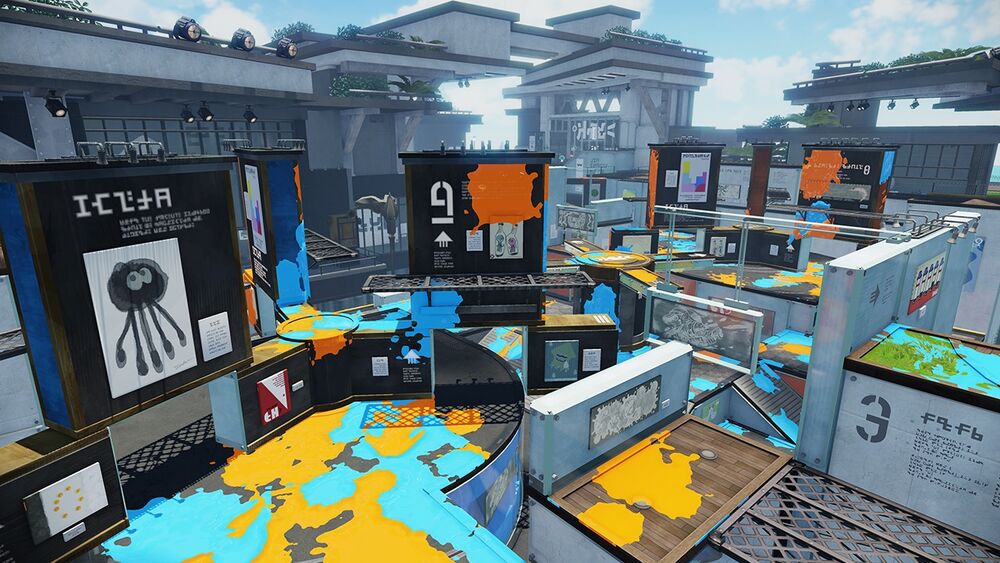 Its dynamic qualities are a strike against it, but I still think this map is a good candidate to return. It’s got the wide open design that Splatoon 2 craves, there’s some decent verticality and lots of little places to explore, and its side paths make spawn camping fairly difficult. I certainly wouldn’t object to seeing this map come back in the future. 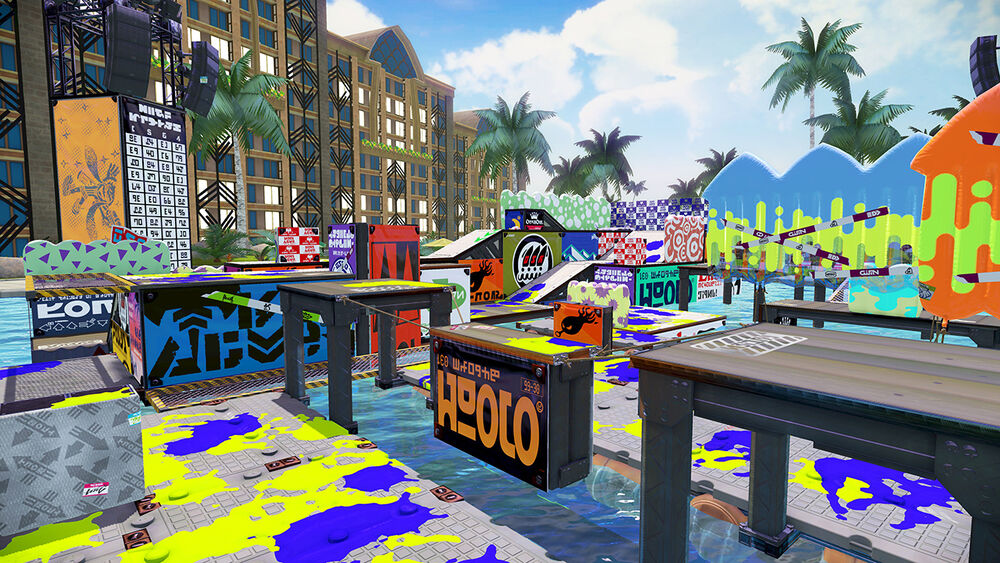 Mahi-Mahi takes map dynamism to the extreme, with half the center left underwater until halfway through the match. It’s got a lot of the qualities Splatoon 2 wants (wide open design, decent spawn camp difficulty), but having the map change this drastically during play is probably a (Hammerhead) bridge too far for this game. You could potentially remove the dynamism and just make the map large from the start, but that would remove some of the resort’s uniqueness and hurt its appeal to longtime fans. Unless some of these other changing maps return and signal a shift in map philosophy, I’d say this one doesn’t come back. 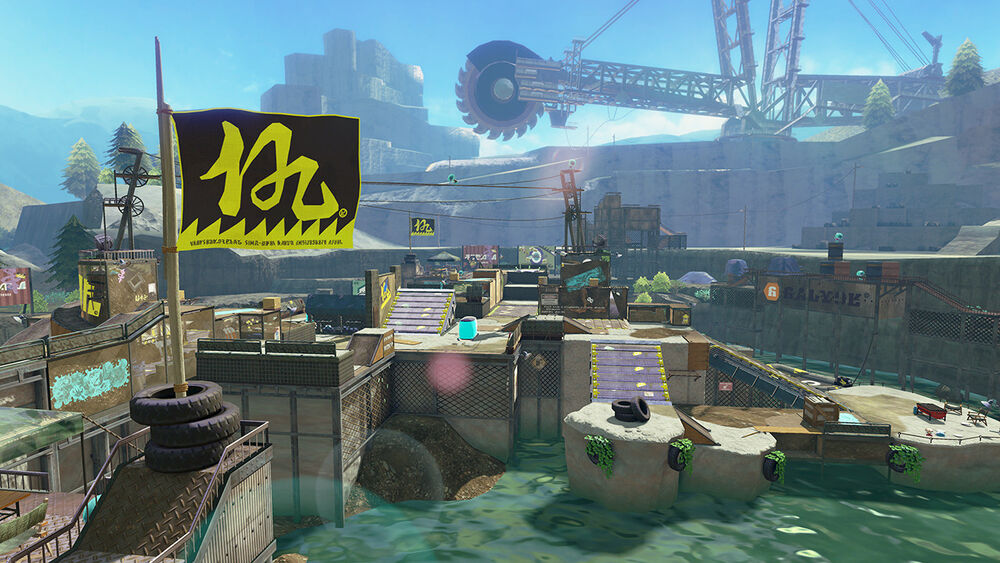 My favorite thing about Piranha Pit was that it was a big map that played small due to its spawn camp placement. However, Splatoon 2 tends to favor interaction/conflict between the teams, and having large side areas where players can disappear for sixty seconds and never see the opposition doesn’t match the game’s philosophy. Throw in the moving platforms and large center structure that divide the map, and it doesn’t seem to be a good fit for Splatoon 2. (Dear Nintendo: Please prove me wrong and bring this map back!) 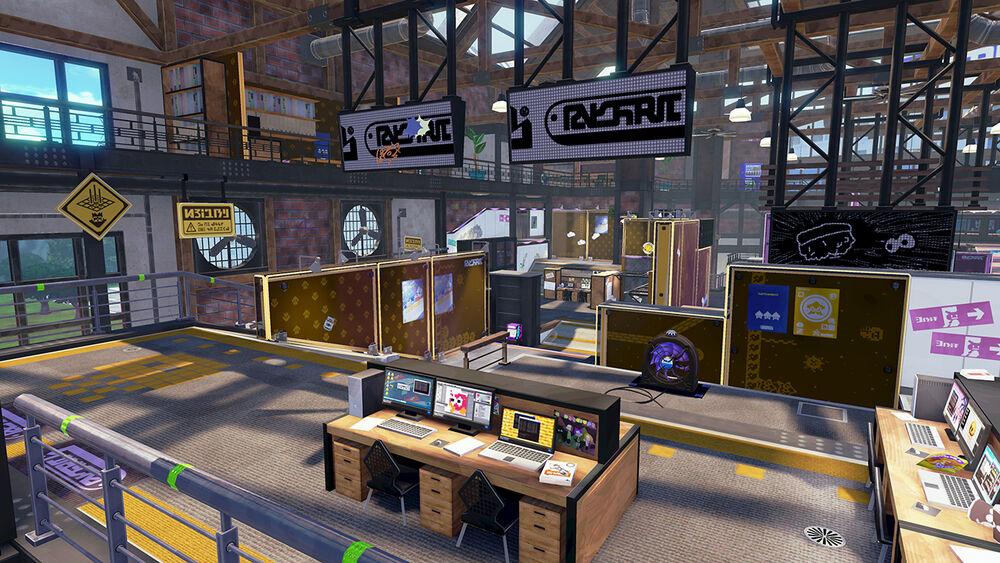 Despite there being no comparable feature in Splatoon 2 multiplayer to this map’s propeller lifts, I could totally see Ancho-V make a return in the future. It’s a Reef-sized map with plenty of spawn paths, and the moving platforms help to make up for the lack of terrain features in the map center. I think this makes a late-game debut similar to how it appeared in Splatoon.

Of course, Nintendo could prove me wrong and just re-release everything in the next year or so, but they seem to be shooting for a specific multiplayer experience in Splatoon 2, and not every Splatoon map can clear this bar. Still, another five maps from the original game would placate longtime fans and introduce new ones to the joys that Wii U players have known since the beginning.

One thought on “Which Splatoon Maps Will Return For Splatoon 2?”